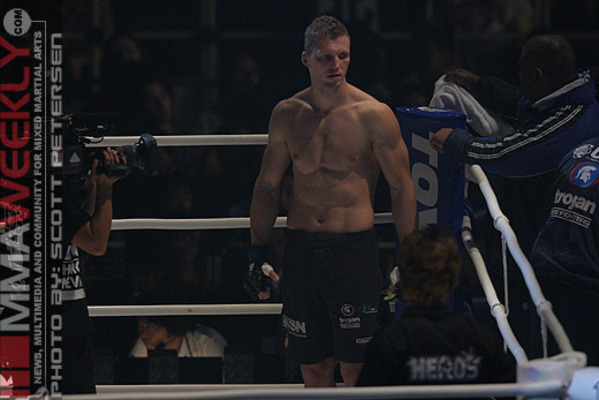 Zelg Galešić is ineligible for regional rankings due to inactivity.
Fighters must have at least one completed MMA bout in the past two years to be ranked.

Galesic fought most of his career at Middleweight before recently moving up to Light Heavyweight. He holds a 4th degree black belt in Taekwondo. He has fought in a number of promotions including Cage Rage, Pride, Dream, K-1 Dynamite, Super Fight League, and Bellator. Zelg has fought notable opponents in Paul Taylor, Magomed Sultanakhmedov, Jacare Souza, Kazushi Sakuraba, Doug Marshall, and Attila Vegh.

Galesic is known for his tenacious striking and for having never gone to decision in his career.