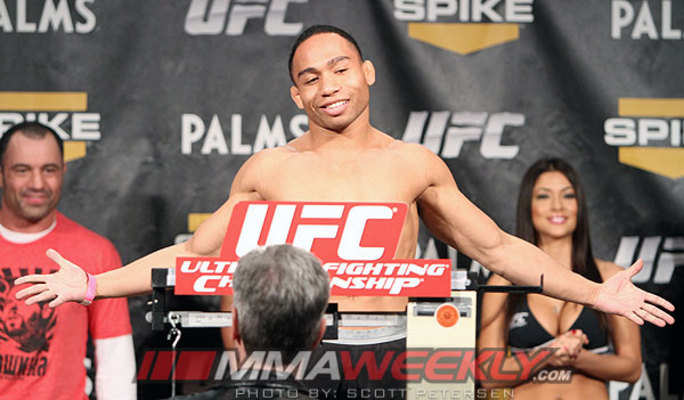 Fighting for a major organization has made John Dodson ineligible for regional rankings.

Jon Dodson was a two-time state wrestling champ as well as a one time state runner up and a four time district champ. He was recruited  in 2002 by Greg Jackson for his wrestling skills and has trained there ever since. Dodson often fought above his weight class at bantamweight and featherweight for lack of flyweights around. With the addition of the flyweight division in the UFC Dodson looks to make his mark there.

A professional MMA competitor since 2004, Dodson has made a name for himself fighting mainly in the Southwest region. He was the winner of the The Ultimate Fighter Season 14 defeating T.J. Dillashaw in the 1st round also winning Knockout of the Night. After two win streak, Dodson defeated Jussier da Silva via 2nd TKO at UFC on FX 5 for a title shot in Flyweight division.

Dodson fought Demetrious Johnson for the UFC Flyweight title on UFC on FOX 6. Dodson was able to drop Johnson multiple times during the first 2 rounds, but ended up losing a unanimous decision 49-46, 48-47, 48-47. Dodson would bounce back from his loss with a first round TKO over Darrell Montague to earn Knockout of the Night at UFC 166.