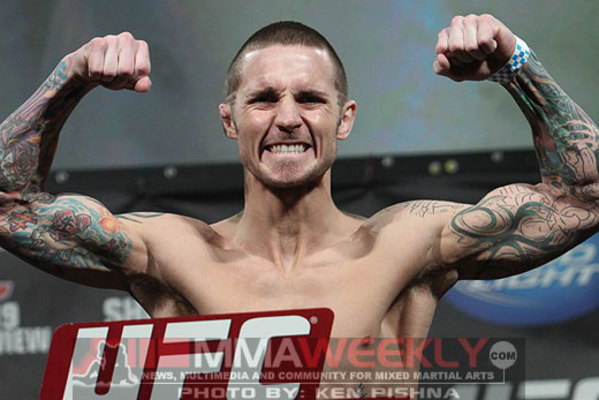 Fighting for a major organization has made Eddie Wineland ineligible for regional rankings.

It has taken Eddie Wineland a long time to earn the respect of ardent MMA fans, but the Texas native was actually the first-ever WEC Bantamweight Champion. He took the belt in 2006 with a knockout over Antonio Banuelos, but would go on to lose his first title defense to Chase Beebe. When Wineland made his way back to the WEC in 2009, he established himself as one of the top contenders in the division, defeating the likes of Manny Tapia and George Roop, among others, prior to joining the UFC in 2011.

Upon joining the UFC, he was on a four fight win streak, including a slam knockout over Ken Stone. His first fight took place in the co main event against WEC legend Urijah Faber. Although he gave Faber trouble in the first round, Faber made adjustments and was able to take Wineland down in the next two round. Wineland lost by unanimous decision. Wineland would face another Team Alpha Male product, this time Joseph Benavidez, and would again lose a decision. He would take another tough fight against Scott Jorgensen. After losing his last two, a win was almost necessary here. He showed that he has improved by leaps and bounds, by outstriking and even taking down the former Boise State wrestler. He became the first fighter to finish Jorgensen under the Zuffa banner, where he brutally knocked out 'Young Guns' with punches. He next fought Brad 'One Punch' Pickett at UFC 155. He was able to come away with the split decision victory in a fight that was contested at a nonstop, fast pace.

Wineland has a style to give almost any bantamweights problems, as he possesses some of the most powerful punching at 135 pounds. He also is a taller bantamweight, and is very hard to take down. He has three "of the night" bonuses under the Zuffa banner including back to back Knockout of the Night awards at WEC 49 and WEC 53. Wineland cites his younger brother, a burn victim, as a constant source of inspiration and resolve for his own career.

Following a two fight win streak and with Dominick Cruz unable to return to the octagon, Wineland was supposed to get a shot at the interim belt held by Renan Barao at UFC 161, but because of Barao's injury, the fight was rescheduled to UFC 165 three months later, where this time it was Wineland who became the unfortunately recipient of the soon-to-be-undisputed champion Barao's Knockout of the Night, being finished with a spinning back kick and follow up punches early in the second round. He faced the ten plus year MMA veteran, Yves Jabouin, at UFC on FOX 10 in January 2014 and was able to take home a second round knockout. His next fight was a shocking knockout loss to huge underdog, Johnny Eduardo. With two broken jaws in recent fights, Wineland is currently contemplating retirement from the sport. No matter what the decision, Wineland will always be known for his hard hitting, fan friendly style that led him to be the first WEC Bantamweight Champion.