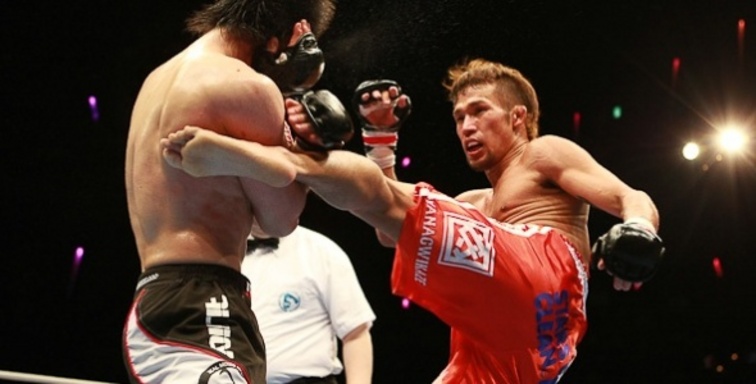 Yasuhiro Urushitani is ineligible for regional rankings due to inactivity.
Fighters must have at least one completed MMA bout in the past two years to be ranked.

Yasuhiro Urushitani is a flyweight currently contracted to the young UFC flyweight division. Urushitani spent most of his pre-UFC career fighting for Shooto in Japan, where he became the organization's bantamweight (123lbs.) champion. He would first challenge Mamoru Yamaguchi for the title in 2003, fresh off the heels of a decision win over BJJ ace Robson Moura. Urushitani would fall short in this attempt. He would split his next two fights, defeating Junji Ikoma, and losing a decision to Setsu Iguchi. He would then fight 10 times before losing again, compiling a 6-0-4 record. In that time, he would draw twice with Shinichi 'BJ' Kojima, defeat Mamoru Yamaguchi, and defeat future TUF 14 season winner John Dodson.

He would then lose by submission to Yuki Shoujou, ending his unbeaten streak. He would win his next five fights, finishing three of them, and avenging his loss to Shoujou with a head kick TKO. He would then sign with the UFC, as a part of a four man tournament to decide who would become the first UFC flyweight champion. Urushitani would lose by TKO early in the second round in a bout to Joe Benavidez, falling short in his UFC debut. He would follow that up with a unanimous decision loss to John Lineker and would subsequently be cut from the promotion.