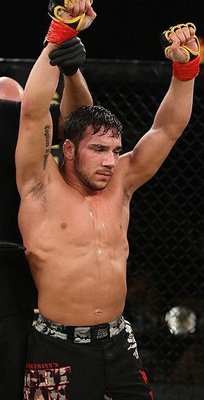 Fighting for a major organization has made Jimmie Rivera ineligible for regional rankings.

Jimmie Ernesto Rivera (born June 29, 1989) is an American professional mixed martial artist of Puerto Rican and Italian descent, who competes in UFC's Bantamweight division. A professional competitor since 2007, he has formerly competed for Bellator, the World Series of Fighting, CFFC and King of the Cage, where he was the Bantamweight Champion. As of January 27, 2020, he is #8 in the UFC bantamweight rankings.