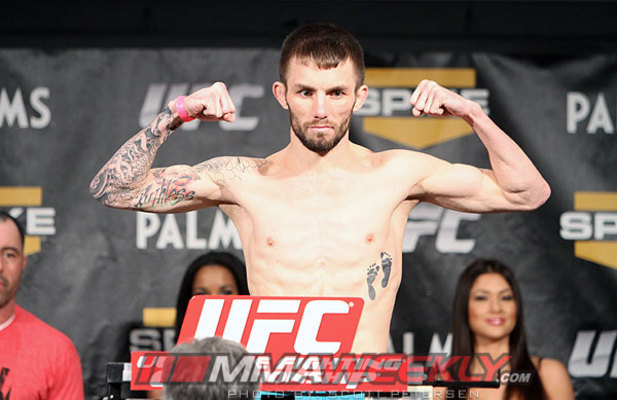 Johnny Bedford is ineligible for regional rankings due to inactivity.
Fighters must have at least one completed MMA bout in the past two years to be ranked.

Johnny Bedford began wrestling when he was only 5 years old traveling around the Midwest competing. In high school he would compile a 51-1 record his senior year and place third in the state tournament, his father was also the coach for the wrestling team. He also wrestled at Cleveland State University for a year and a half before moving back home.

Bedford would start his professional career in 2006 and would fight for many promotions including a victory in Bellator. He would bring his record to 17-9-1 before trying out for The Ultimate Fighter Miller vs. Bisping in 2011. He would join Team Miller in the house after defeating Carson Beebe by submission in the first round. He would win his next fight over Josh Ferguson before losing in the semi-finals to the eventual winner of the season John Dodson.

Bedford would still get a shot at the UFC and would finish his first two opponents Louis Gaudinot and Marcos Vinicius by TKO. He would however lose his next fight to another TUF alumni Bryan Caraway when they squared off at UFC 159. His next fight would be a no contest against Rani Yahya when there was an accidental head butt. He looks to pick up another win when he faces Cody Gibson at UFC Fight Night 44.

Episode 1 Bedford def. Carson Beebe by Guillotine Choke at 4:19 of Round 1