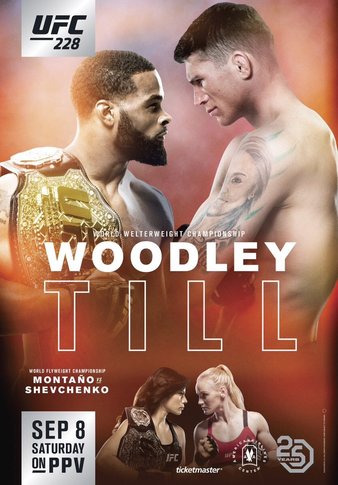 UFC 228: Woodley vs. Till
"The official Tapology discussion thread for the event!" (3 years, 2 months)

I secound the motion for more womens fights!!!

Till Wasn't Ready To Grapple; The UFC Promoted Him Too Quickly

Does anyone else think the main result pointed up Till's grappling inexperience, and the UFC's failure, yet again, to develop a star properly?  Till was done a disservice by his "meteoric rise," built of handpicked strikers.  He said he didn't even feel Woodley threatening the choke.  Feel it?  On the ground, with a brown belt, he should have expected it.

Shame on the UFC for developing a young under-dimensionally talented fighter too quickly.

The silver lining is that we got to see more of the champion's diverse toolkit in his masterful handling of Till.

Ufc is constantly doing that. I remeber dana white talking up ronda rousey like she was the greatest ever and could beat up guys. After the holm fight he was proud of his and the announcers propoganda because nobody realized holly holm would smoke her. Bet dana white bet big on holm for that one. Ufc equals one hype train after another and very few live up to the hype.

Tapology members can make predictions for upcoming MMA & Boxing fights. UFC 228 is closed for new predictions. 2,083 total members made predictions on this event, breaking down as follows below.

Leaderboard of the best predictions by member: UFC 228 Leaderboard