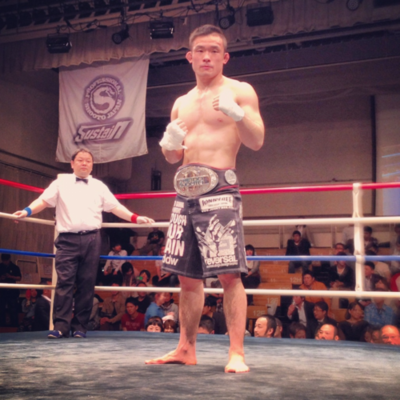 Fighting for a major organization has made Hiromasa Ougikubo ineligible for regional rankings.

Hiromasa Ogikubo is a Japanese fighter born on April 1, 1987 in Iwata Prefecture, Japan. Ogikubo comes from a Kyokushin karate background.

Ogikubo began competing in amateur MMA fights before becoming a pro. Ogikubo racked up a 4-0 undefeated win streak as an amateur fighter. He made his amateur debut on September 18, 2005 at the 12th All Japan Amateur Shooto Featherweight Championship Tournament where Ogikubo defeated all 4 of his opponents by unanimous decision.

Ogikubo made his professional MMA debut on October 1, 2006 at a Shooto event where he successfully defeated Nobuhiro Hayakawa by unanimous decision.

Ogikubo then entered the Shooto Rookie Featherweight Tournament which proceeded to win.

Ogikubo’s run as the Shooto featherweight king didn’t last long however as he lost the title in his first defense to Krazy Bee’s Kyoji Horiguchi.

Ogikubo would return from his loss to Horiguchi with a fury, rattling off wins in his next three straight fights. He first defeated Takeshi Kasugai via majority decision at VTJ 4th on February 23, 2014, to punch his ticket to the tournament semifinals.

In the semifinals he faced Kana Hyatt on uJune 28, 2014 at VTJ 5th in Osaka. He would defeat Hyatt via rear naked choke in the first round, earning himself a spot in the tournament final.