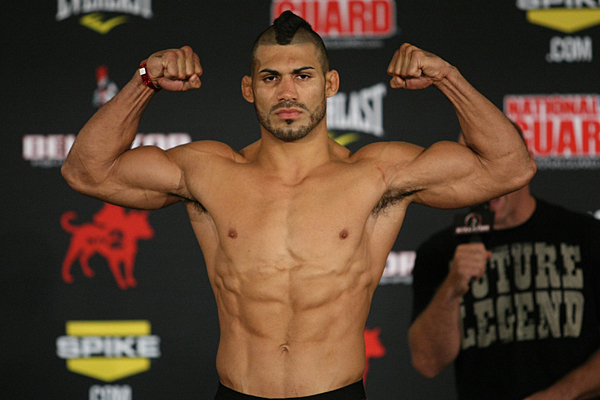 Lyman Good is ineligible for regional rankings due to inactivity.
Fighters must have at least one completed MMA bout in the past two years to be ranked.

Lyman Good was born and raised in the Spanish Harlem section of New York, raised along with his two sisters by only his mother. After a troublesome childhood, Lyman's mother felt getting her son involved in Martial Arts would be a good way for him to release his anger. Outside of fighting, Lyman is also a Sensei/instructor for Tiger Schulmann Mixed Martial Arts in Manhattan, NY.

Striking specialist Lyman 'Cyborg' Good will always hold the distinction of being the first welterweight champion of Bellator Fighting Championships. He won the title after going through Hector Urbina, Jorge Ortiz, and Omar de la Cruz, finishing all three opponents without needing a third round. After winning his first ten pro fights, he would face Olympic wrestling standout Ben Askren in his first title defense, losing by unanimous decision. He would take part in the next season's welterweight tournament, defeating Chris Lozano but suffering a close split decision loss to judoka Rick Hawn.

Good bounced back with a 13 second KO victory over LeVon Maynard at Bellator 65, and took part in Bellator's Season Seven welterweight tournament. He defeated Jim Wallhead and Michail Tsarev, but fell to Andrey Koreshkov in the finals.  Good finished his Bellator career with a unanimous decision win over Dante Rivera.

Lyman went on to participated in 1st Episode of The Ultimate Fighter 19: Team Edgar vs. Team Penn, but he lost his spot in the house by unanimous decision against Ian Stephens.  Good then went on to compete at Cage Fury Fighting Championships.