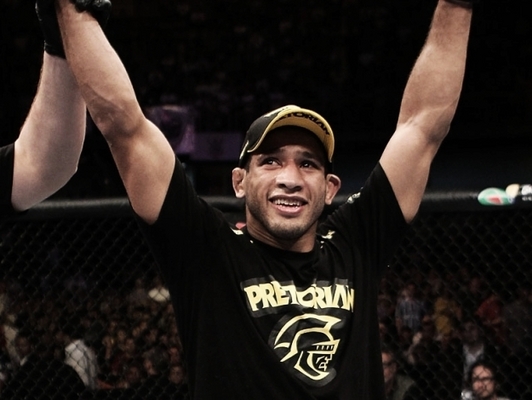 Fighting for a major organization has made Hacran Dias ineligible for regional rankings.

Hacran Dias is a Brazilian featherweight fighter currently signed to the UFC. He is a jiu jitsu practitioner who trains out of Nova Uniao. He is a veteran of Shooto Brazil, Pancrase, M-1 Challenge, and the UFC. Of his twenty one wins, twelve have been finishes with nine submissions. He has never been finished.

Dias began his career fighting almost exclusively in Brazil. In his first six years as a professional, he was able to amass a 20-1-1 record as well as a title in Shooto Brazil. He then tried to audition for the first season of The Ultimate Fighter: Brazil, but was subsequently signed straight to the UFC with a three fight contract rather than participate in the show.