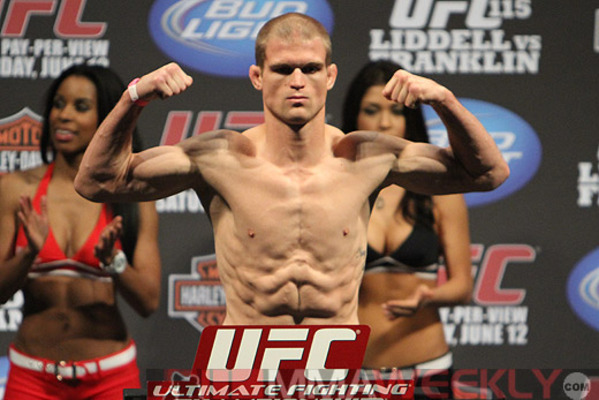 Evan Dunham is ineligible for regional rankings due to inactivity.
Fighters must have at least one completed MMA bout in the past two years to be ranked.

One of the most talented lightweight prospects currently competing in the UFC, Evan Dunham trains predominantly with the highly touted Xtreme Couture gym in Las Vegas, Nevada. Turning professional in 2007, Dunham went unbeaten in his first seven fights—finishing six of his opponents—to earn a birth in the UFC in 2009. Dunham passed his first test in the Octagon with flying colors, flattening Swedish lightweight Per Eklund with a left hand in the first round. He then went on to defeat highly respected fighters Marcus Aurelio, Efrain Escudero, and Tyson Griffin in his next three performances.

Although he suffered consecutive losses to Sean Sherk and Melvin Guillard in his next two bouts, he rebounded to win to two of his next three fights with victories over Shamar Bailey and Nik Lentz while losing a unanimous decision to TJ Grant. Dunham would redeem himself at UFC 156, winning a split decision against fellow UFC veteran Gleison Tibau. However he would lose a very close decision in his next fight to Rafael Dos Anjos when the two squared off at UFC on FX 8. He would drop a second straight when Donald Cerrone submitted him at UFC 167. He will look to get back on a winning run when he faces Edson Barboza in the Co-Main Event of UFC Fight Night 45.

A Southpaw with powerful punches and a slick, aggressive submission game, Dunham is another example of the next generation of MMA fighter who is large for his weight class and has no obvious holes in his game.