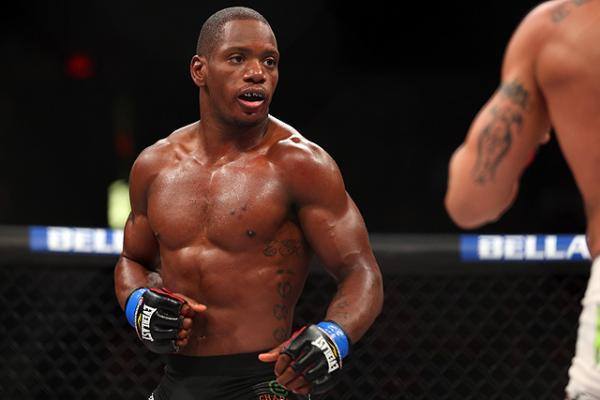 Will Brooks is an American mixed martial arts fighter born on October 8, 1986. Brooks fights out of the Midwest Training Center, however he has also done some training at American Top Team.

Brooks' rise as a notable lightweight fighter came at DREAM 18 on NYE when he was brought in to face Satoru Kitaoka. He was thought of as a huge underdog, but he surprised many as he controlled and dominated Kitaoka for the entirety of the first round, before TKOing Kitaoka in the second round.

Before his DREAM debut, Brooks fought mostly across the United States fighting on regional shows where he racked up an undefeated 7 fight win streak with 6 of those fights being finishes; 2 by TKO and 4 by submission.

Despite being eliminated by Awad in the second round of the Bellator lightweight tournament, Brooks has shown he’s one of the top lightweight prospects to keep an eye on across the United States.

Following the first loss of his career, Brooks rebounded with a win over Cris Leyva at Bellator 97 on July 31, 2013.

In the fall of 2013, Brooks entered into the Bellator Season 9 Lightweight tournament. He faced veteran John Alessio in the Quarterfinals on September 27, 2103 at Bellator 101. He won the fight in dominant fashion via unanimous decision.

Brooks had a rematch with Saad Awadin the semifinal round and dominated the fight for all three rounds, winning a unanimous decision victory.

Brooks faced Alexander Sarnavskiy in the finals. He won the fight via dominant unanimous decision to earn a future title shot at the Lightweight title.

Brooks and Chandler are scheduled for their rematch, in the Co-Main Event on the Bellator 131 card.

Will Brooks News View All