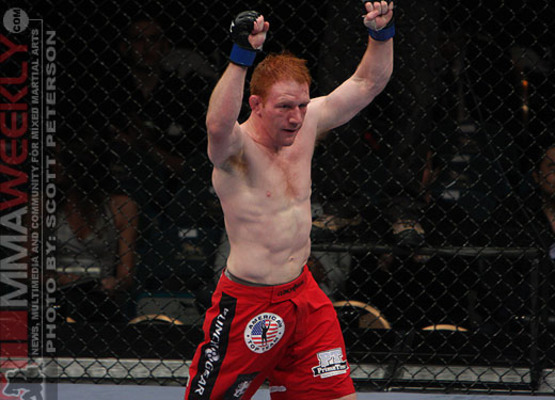 Mark Bocek is ineligible for regional rankings due to inactivity.
Fighters must have at least one completed MMA bout in the past two years to be ranked.

Although Canada is known for producing some of the top strikers in MMA, including Sam Stout, Shawn Tompkins, Chris Horodecki, and many more, Mark Bocek stands out—along with Georges St. Pierre—as one of the country’s best submission fighters. In fact, he was one of the country’s first BJJ black belts, having trained under Rickson and Renzo Gracie before earning the black belt from Joao Roque of Nova Uniao.

In MMA, Bocek has become one of the most respected lightweight grapplers in the sport, as well as being the first Canadian to be awarded a BJJ black belt. Bocek made his UFC debut against future UFC lightweight champion Frankie Edgar, losing via first round TKO. He went on to go 1-1 in his next two fights with the organization, winning a decision over Doug Evans and getting submitted by TUF 6 winner Mac Danzig. From 2008-2010, Bocek went on a three fight winning streak with submission wins over Alvin Robinson, David Bielkheden, and Joe Brammer. At UFC 111, Bocek lost a close and controversial unanimous decision to Jim Miller in a fight that could have propelled him to the elite of the division.

After rebounding from his loss to Miller with a first round submission over fellow jiu-jitsu expert, Dustin Hazelett, at UFC 124, Bocek faced former WEC lightweight champion Ben Henderson at UFC 129. After three close rounds, Bocek lost the fight via unanimous decision. Bocek went on to win two straight fights over Nik Lentz and John Alessio before a loss to Rafael dos Anjos at UFC 154.