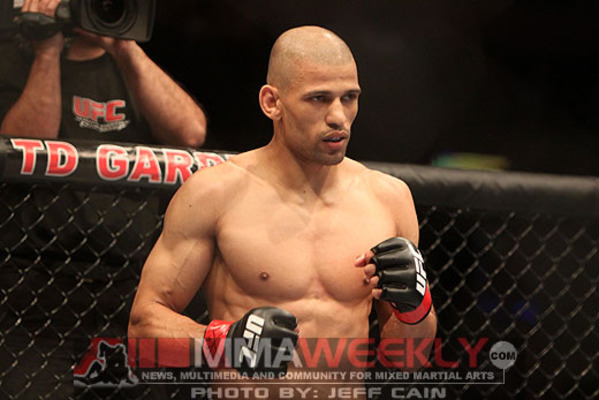 Andre Winner is ineligible for regional rankings due to inactivity.
Fighters must have at least one completed MMA bout in the past two years to be ranked.

A member of the steadily-growing Team Roughhouse out of Leicester, England, Andre Winner amassed a stellar 9-2-1 record in England before fighting his way to the Finals of the 2009 Ultimate Fighter: U.S. vs. U.K. Lightweight Tournament. Winner lost a Unanimous Decision to teammate and training partner Ross Pearson in the Finale, but he received a UFC contract nonetheless. In his first post-TUF bout, Winner knocked out Rolando Delgado with one punch in Manchester. Undoubtedly a skilled and powerful striker, like many British mixed martial artists, Winner still has to prove himself on the ground.

Episode 5 Winner def. Santino DeFranco by TKO at 3:49 of Round 1

Episode 11 Winner def. Cameron Dollar by Triangle Choke in Round 1