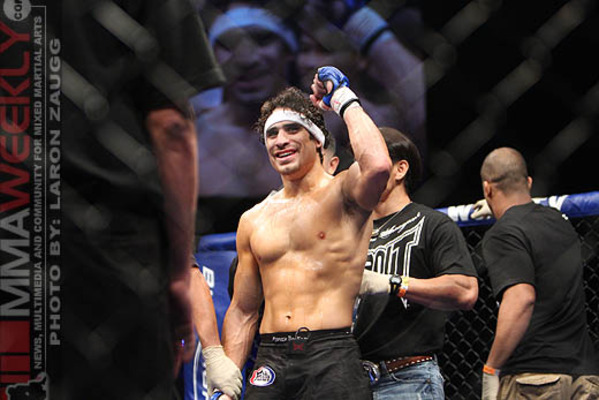 Danny Castillo is ineligible for regional rankings due to inactivity.
Fighters must have at least one completed MMA bout in the past two years to be ranked.

Danny Castillo debuted as a professional MMA fighter in November 2007 against Billy Terry, Castillo won his first fight by way of submission, in the next 7 months he was on a five fight winning streak, and was offered a contract with WEC his first fight was his toughest test yet, he lost by submission against Donald Cerrone. Castillo arrived at the UFC in 2011 with a 10-3 winning record, he passed his debut with flying colors against Joe Stevenson.Castillo is a welll rounded fighter but he has relied primarily in his wrestling to control the fights, most of his wins have come by either submission or KO/TKO.Castillo is a Black Belt in BJJ .

His next test is against Paul Sass a tough opponent with a BJJ background that will put to the test Castillo´s own BJJ skills if he takes the fight to the ground. Castillo did just that and wasn't afraid of the submission game earning a Unanimous Decision victory over Sass.

Castillo's next fight was against Tim Means at UFC on Fox 8, on 27 July, 2013. He won the fight via unanimous decision, even though Means weighed in a 160 lbs - 5 lbs more than allowed.

Castillo's next fight was against Edson Barboza, at UFC on Fox 9, Castillo lost the fight via majority decision, but the fight did win him the Fight of the Night honours.

Castillo's next fight was one of his toughest yet. It was against Tony Ferguson at UFC 177 on 30 August, 2014. He lost via split decision.