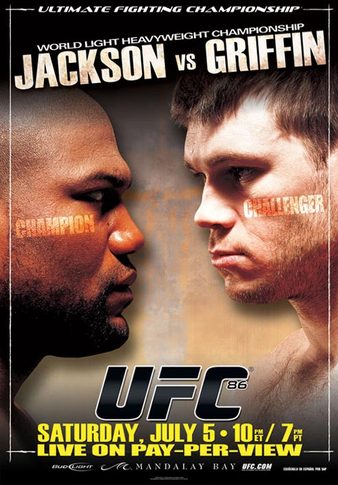 As is typical for any season of The Ultimate Fighter, TUF 7 coaches Quinton “Rampage” Jackson and Forrest Griffin met following the conclusion of the season in the main event of UFC 86. While Jackson was a solid favorite heading into the fight, the bout ended up being one of the most exciting and competitive of the year, with Griffin, the winner of the inaugural season of The Ultimate Fighter, coming out on top with a Unanimous Decision victory. Griffin was the second TUF contestant after Matt Serra to win a UFC title.