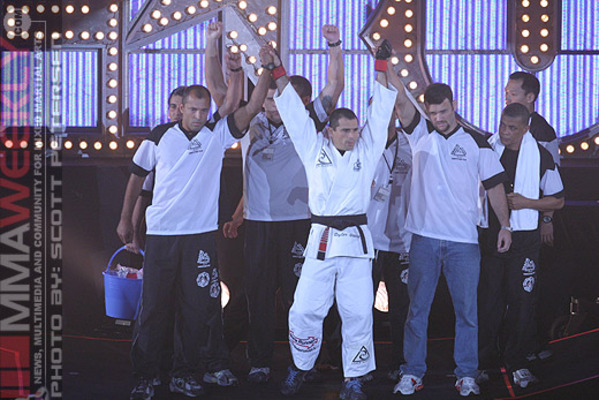 #53
Greatest MMA Grappler of All Time

Royler Gracie is ineligible for regional rankings due to inactivity.
Fighters must have at least one completed MMA bout in the past two years to be ranked.

Royler Gracie’s place in the martial arts history books is secure owing to his grand legacy in Brazilian Jiu-Jitsu, the fighting art his father and uncle began, and that he and his fellow Gracie family members have carried on throughout the years. Royler is the only person in the history of the ADCC Submission Wrestling World Championship to win the title for three consecutive years, and he has won the title more times than anyone else.

Royler Gracie began competing in mixed martial arts in 1996, winning his first three bouts before becoming the first member of the Gracie family to fall victim to “The Gracie Hunter,” Kazushi Sakuraba, during their 1999 bout. Gracie contested the result of the fight for many years because he never submitted to Sakuraba's armlock; it was the referee, however, who properly called off the fight. Gracie retired from active MMA competition in 2006 after compiling a career record of 5-4-1. He continues to train and teach and is one of the most respected Jiu-Jitsu experts in the world today.