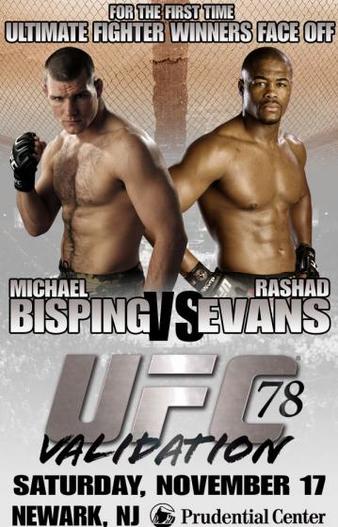 Contestants from the early seasons of The Ultimate Fighter got some deserved recognition when a pair of winners—from Seasons 2 and 3—headlined the UFC 78 Pay Per View main event in November of 2007. In the main event, Rashad Evans won a close Split Decision over previously unbeaten British superstar Michael Bisping. Following the loss, Bisping made the move to the middleweight division.

In addition to featuring the UFC debuts of Ryo Chonan and Akihiro Gono, two of Japan’s best and brightest, UFC 78 was also going to feature the promotional debut of future Bellator Middleweight Champion Hector Lombard, but the Cuban judoka was forced out of the event due to visa issues.