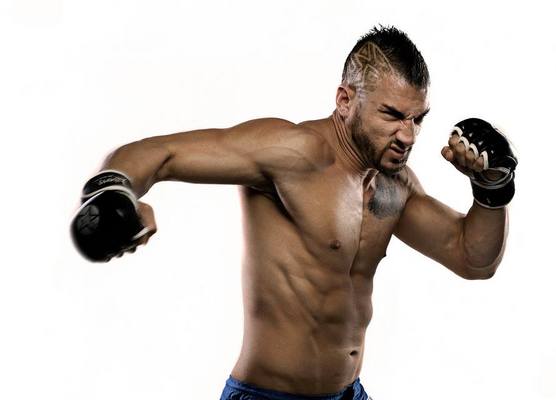 Mike Bronzoulis is ineligible for regional rankings due to inactivity.
Fighters must have at least one completed MMA bout in the past two years to be ranked.

Mike "The Greek" Bronzoulis was a finalist on Fight Master: Bellator MMA, which aired from June to August 2013.  Bronzoulis entered the competition by defeating Gareth Joseph by unanimous decision, then choosing Randy Couture as his head coach.  Bronzoulis was ranked at #13 out of the elimination round's 16.  He faced #8-ranked Jason Norwood, finishing him in the third round for the upset victory.  Despite this, Bronzoulis' ranking for the following round was #8 out of the 8 remaining fighters.  "The Greek" had another upset victory over #5-ranked Chris Lozano.  Once again, Bronzoulis was bottom-ranked in the next round at #4 out of 4, but once again provided an upset win over top wrestling prospect Eric Bradley.  However, Bronzoulis' upset streak would end when he eventually faced the tournament's original #1 seed Joe Riggs in the show's finale, falling to Joe Riggs by unanimous decision.

Episode 5 Bronzoulis def. Jason Norwood by KO (punches) in Round 3

Episode 10 Bronzoulis def. Eric Bradley by TKO (punches) in Round 2