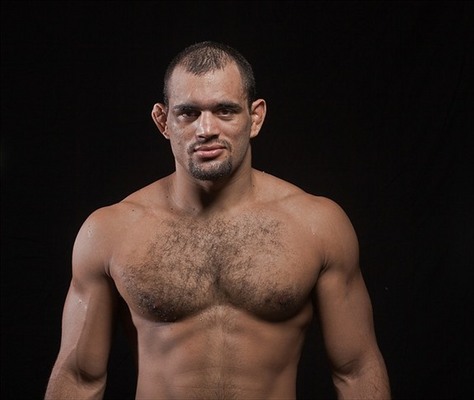 Valdir Araujo is ineligible for regional rankings due to inactivity.
Fighters must have at least one completed MMA bout in the past two years to be ranked.

Valdir Araujo, representing the Blackzilians, is a Bellator and WSOF veteran.  His most notable performance to date comes from The Ultimate Fighter 21, in which he scored a big upset victory over former WSOF champion Steve Carl, sinking in a guillotine choke in the second round.  After teammate Kamaru Usman became the first Blackzilian to win two fights in the competition, Araujo was selected to represent the Blackzilians and attempt to get his second competition win as well.  He was matched up against ATT's Nate Coy, who had already lost a bout earlier on the show.  Coy would end up scoring a unanimous decision victory over Araujo, allowing ATT to make a season comeback over the Blackzilians.