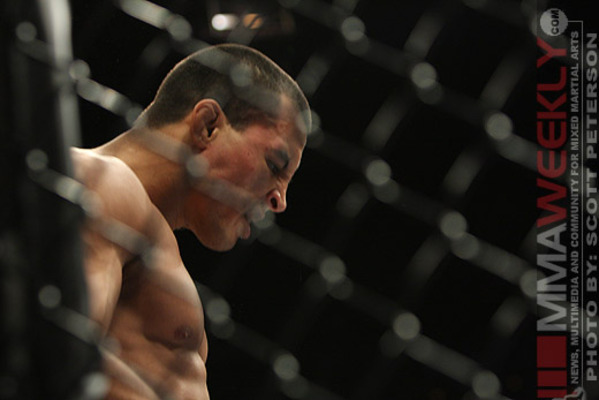 Fighting for a major organization has made Vinny Magalhães ineligible for regional rankings.

Vinicius Magalhaes is a 3rd degree black belt in Brazilian Jiu Jitsu under Royler Gracie. He received two bronze medals at ADCC in 2009 for Absolute and under 99kg divisions with notable wins over Marcio Cruz, Glover Teixeira, Dean Lister and Chris Weidman. In 2011 Vinny would compete in the over 99kg division and defeat reigning champ Fabricio Werdum by points in the final earning himself gold. Vinny earned Gold in the 2007 No Gi World Jiu-Jitsu Championships. That same year he earned Bronze in the Gi category for the World Jiu-Jitsu Championships,

Vinny competed in the 8th season of the Ultimate Fighter making his way to the final against Ryan Bader where he would lose in the first round. He would follow that loss up with a loss to Eliot Marshall leading to him being cut from the promotion. He would fight for some smaller promotions going 4-1 before being signed to M-1 Global. After winning his first fight for the promotion he would fight for the vacant M-1 Light Heavyweight title submitting Viktor Nemkov by gogoplata. He would successfully defend his belt once before contract disputes with M-1.

Vinny would eventually be able to sign back with the UFC and in his return fight earned his first victory in the octagon with a second round submission over Igor Pokrajac. In his next bout however he would lose a Unanimous Decision to Phil Davis. Davis the wrestler decided to play it smart and not play on the ground with Vinny using his strikes to earn the nod.

Magalhães had his first child, a son named Vitor in November 2010, and Nicole in 2014. He is married to Alliny Magalhães. Vinny is half-brother of the singer Sidney Magal. He is supporter of the Brazilian club Botafogo.

In November 2012, Vinny was awarded his black belt from Eddie Bravo of 10th Planet Jiu-Jitsu.

Episode 7 Magalhaes def. Jules Bruchez by Armbar at 3:25 of Round 1

Episode 12 Magalhaes def. Krzysztof Soszynski by Armbar at 3:45 of Round 1

The Ultimate Fighter 8 Finale Ryan Bader def. Magalhaes by TKO at 2:18 of Round 1