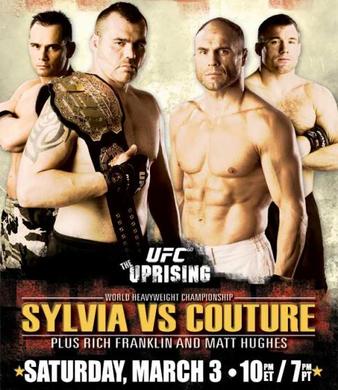 In an event that produced the highest attendance to date in North American MMA history, UFC 68 featured a heavyweight title fight between former champion and UFC Hall of Famer Randy Couture and defending champion and 6’8” Tim Sylvia. Many pundits considered the bout a mismatch, as Couture was significantly smaller and older than his opponent.

Twenty-five minutes later, all 19,000+ fans in attendance were on their feet cheering the victorious Couture, who had set the tone in the opening moments by cracking Sylvia with a powerful strike to the jaw, then dominating him with a series of takedowns and complete control on the ground for the duration of the five round fight. Couture had regained the Heavyweight title once again.