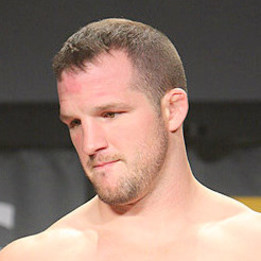 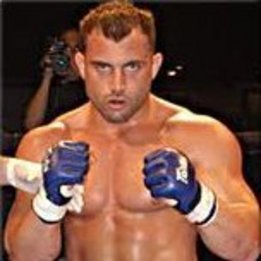 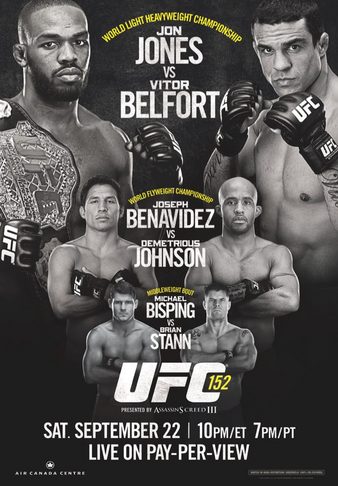 The ninth bout of UFC 152 saw Matt Hamill make his return to the UFC against newcomer Roger Hollett.

Hamill took the center and backed Hollett up, but Hollett landed a few nice punches that got Hamill's attention. Hamill pressed forward and peppered Hollett with strikes as Hollett looked to counter with his hands. Hamill shot in for a takedown and got it easily then began pounding away to the side of Hollett's head as Hollett covered up. Many of the shots strayed to the back of the head but the beating continued and Hollett had no answer for it. Hollett got back to his feet before the horn and landed a big punch to the body.

Hollett had success early with his crisp boxing as Hamill's pace slowed. The men took the center and Hamill was bleeding from a few small cuts as Hollett just took target practice, going to the legs, body, and head with punches. Hamill got a rear body lock and a big slam takedown at the horn.

Hollett landed a few punches to start the third but Hamill took him down with ease. Hollett turtled up and took punches, similar to the first round. Hollett fought back to his feet and landed a big elbow on the way up, but Hamill got another easy takedown.

The fight was bit rusty but atleast I got the win. I will keep you post when the next fight and thank you for... http://t.co/xKx5E26w

The fight was bit rusty but atleast I got the win. I will have more weapon in next fight. I'm glad I'm back in... http://t.co/6wtQWRrS

The fight was bit rusty but atleast I got the win. I will have more weapon in next fight. I'm glad I'm back in... http://t.co/RFvzGKo3

Me and Tierra traditional pic before I go to war at Ontario, Canada. UFC 152 http://t.co/Cx3MP4q6

Me and Tierra traditional pic before I go to war at Ontario, Canada. UFC 152 http://t.co/F7cskCIy

I'm at The Cage in Baggs Square Utica sat 15th for pre fight party from 2 to 4pm. Family and kids is welcome.

Want to attend my fight live? Check out this contest from Instalons.ca - http://t.co/FKA4ugls