"The Dean of Mean" 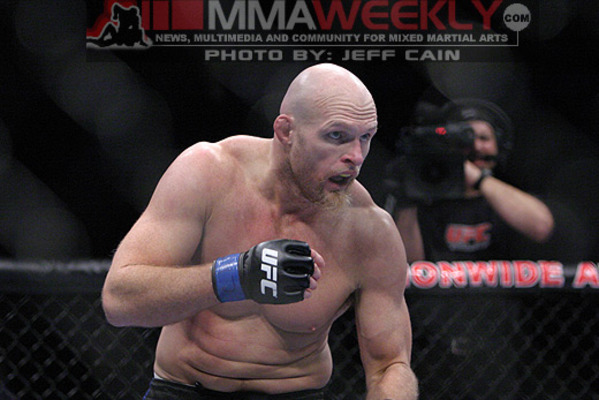 Keith Jardine is ineligible for regional rankings due to inactivity.
Fighters must have at least one completed MMA bout in the past two years to be ranked.

“The Dean of Mean” Keith Jardine began fighting professionally in 2001, running his record to an impressive 9-1-1 before debuting for the UFC in November of 2005. Jardine gained recognition with back-to-back wins—including one over Mike Whitehead—upon his start with the organization, but it was his intimidating, Techno-Viking styled appearance and his awkward striking style, often called “herky-jerky” by UFC commentator Joe Rogan, that earned him the most attention. That all changed with Jardine's dominating wins over Wilson Gouveia, Forrest Griffin, and, most notably, a Split Decision upset victory over UFC Hall of Famer Chuck Liddell back when victories over “The Iceman” were virtually impossible to come by. Jardine had established himself as one of the premier fighters in the UFC light heavyweight division by the end of 2007. But “The Dean of Mean” ran into trouble thereafter, beginning with a major upset loss to Houston Alexander, followed by further setbacks to Wanderlei Silva, Quinton Jackson, Thiago Silva, and Ryan Bader. After a fourth consecutive loss to Matt Hamill in a closely contested fight, the formerly top-billing Jardine was cut from the promotion. Jardine nevertheless remains a fan favorite and a handful for anyone in the division, and is only a string of victories away from a return invitation back inside the Octagon.

A black belt in Gaidojutsu, the fighting style created and taught by MMA trainer Greg Jackson, Jardine combines unusual footwork with awkward head movement, stance changes, and punishing leg kicks in order to confuse his opponents before going in for the kill with stinging hook punches. Jardine is one of only a few men to have defeated both Forrest Griffin and Chuck Liddell.