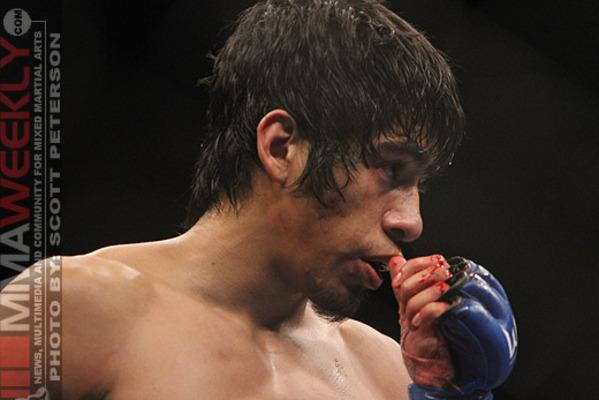 Will Campuzano is ineligible for regional rankings due to inactivity.
Fighters must have at least one completed MMA bout in the past two years to be ranked.

Now fighting as a flyweight, WEC and UFC vet Will Campuzano is known for his standup skills and entertaining style. After notching an undefeated 6-0 record on the regional circuit, he would make his WEC debut against heavy handed Damacio Page at WEC 43, losing by first round submission. He would fight twice more in the WEC, defeating Coty 'Ox' Wheeler by decision in a 'Fight of the Night' contest, and losing to former champion Eddie Wineland, in what was also a highly entertaining contest. After notching another regional victory, he would sign to the UFC's bantamweight division to fight Nick Pace, only to be submitted with 27 seconds remaining in their bout. He would drop another to Chris Cariaso, and was subsequently released from the promotion.

Campuzano has tallied a 5-0 record since his UFC release and was Legacy Fighting Championship's flyweight champion. After defending his LFC belt one time, he would pick up a win in Vale Tudo Japan. He was brought back to the big show at UFC 167 against promotional newcomer, Sergio Pettis, but he would lose by unanimous decision. He next took on Justin Scoggins at UFC 171 but would again lose a unanimous decision. This sent his overall UFC record to 0-4.

Will Campuzano News View All