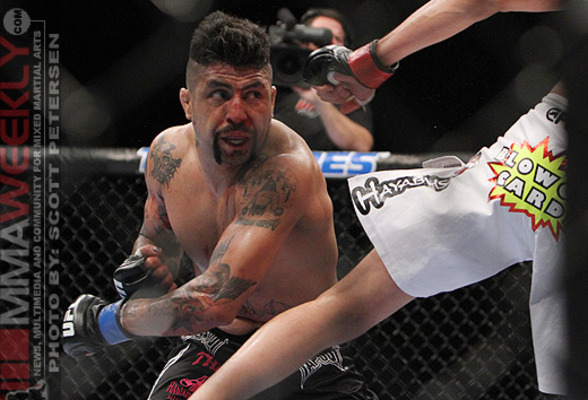 Antonio Banuelos is ineligible for regional rankings due to inactivity.
Fighters must have at least one completed MMA bout in the past two years to be ranked.

Banuelos is most known for his time under the WEC banner where he holds the record for most fights in the promotion and is tied for most wins.  Banuelos had a promotional record of 9-5. When the WEC merged with the UFC Banuelos was one of the fighters brought over. He debuted against long time P4P contender and former WEC Bantamweight champion Miguel Torres. Banuelos lost a dominant decision and was cut from the UFC.

Banuelos would then join Dream's Bantamweight Grand Prix. He defeated Hideo Tokoro in the opening round and Masakazu Imanari in the semifinals before being defeated by Bibiano Fernandes in the finals. Following the Grand Prix Banuelos would make his Flyweight and Legacy FC debuts on the same night. He is currently 0-1-1 at Flyweight.

Banuelos is scheduled to fight Randy Turner at Wreck MMA 2.0.