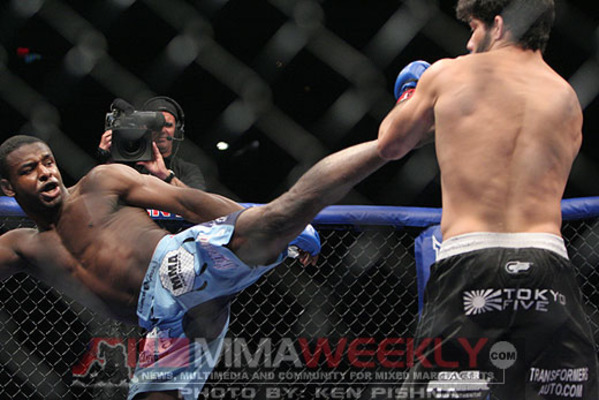 Yves Jabouin is ineligible for regional rankings due to inactivity.
Fighters must have at least one completed MMA bout in the past two years to be ranked.

Yves "Tiger" Jaboiun made his MMA debut in 2001, fighting for a few years mainly on the regional circuit in Canada. In seven years, Jabouin fought 18 times, only losing 4. His record impressed the WEC with victories over the likes of Thierry Quieneville, Eric Davidson, and Brad Cardinal.

He would lose his first two fights in the WEC, first to Raphael Assuncao by decision, then to Mark Hominick via 2nd round tko, which won Fight of the Night. He bounced back with a win over Brandon Visher, his last fight in the WEC before the merger into the UFC.

Since entering the UFC, Jabouin has gone 4-2 with  hard fought wins over Ian Loveland, Walel Watson, Jeff Houghland, and most recently Dustin Pague. All 4 fights went the distance. Jabouin hasn't finished an opponent since 2008.