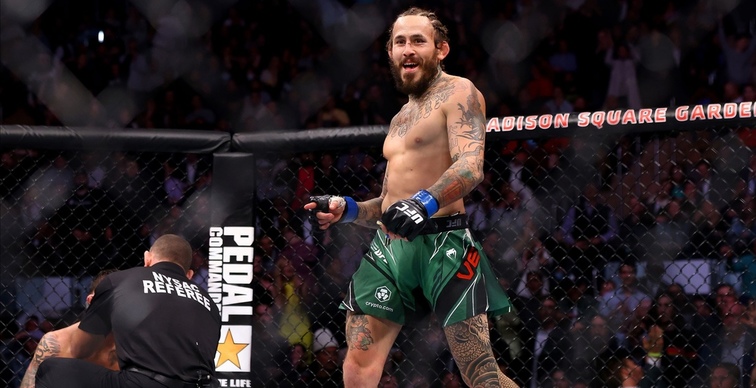 Fighting for a major organization has made Marlon Vera ineligible for regional rankings.

Marlon "Chito" Vera was born in Chone, Ecuador. He started training Brazilian jiu jitsu in Guayaquil at sixteen after getting into several street fights as a teenager. He's now a black belt in that dicsipline. Chito lives with his wife and children in Irvine, California. He trains with Jason Parillo at RVCA Training Center in Costa, Mesa California and has ties to Team Oyama in Irvine. Despite several highlight reel finishes and increasing notoriety in the UFC, in interviews Vera is mild-mannered and humble. He shows his opponents respect and often speaks of fighting as a means to feed his family.

Vera made his professional debut in 2011 and went 8-1-1 across the Latin American regional circuit over the next two years. Vera appaeread on The Ultimate Fighter Latin America: Season 1 and defeated Henry Briones via upkick KO in his only TUF fight. Vera was forced out of competition due to a skin infection.

Vera made his UFC debut UFC 180 and lost to Marco Beltran by unanimous decision. A triangle armbar win over Roman Salazar (UFC Fight Night: Teixeira vs. Saint Preux)(Performance of the Night) and a UD loss to Davey Grant (UFC Fight Night: Silva vs. Bisping) preceded a three fight win streak, with finish victories over Brad Pickett (UFC Fight Night: Manuwa vs. Anderson) and  Brian Kelleher (UFC on Fox: Weidman vs. Gastelum) and a UD win over Ning Guangyou (UFC Fight Night: Whittaker vs. Brunson). Vera dealt with depression and self doubt after back to back UD losses to John Lineker (UFC Fight Night: Brunson vs. Machida) and Douglas Silva de Andrade (UFC Fight Night: Machida vs. Anders). Vera recoverede mentally by working with Jason Parillo and a stint training with former UFC Bantamweight Champion T.J. Dillashaw.

Vera would win his next five fights in a row (three by TKO, two by rear naked choke) before losing a close UD match at Featherweight against Song Yadong (UFC on ESPN: Overeem vs. Harris). Vera has won five of his last six fights, with his most recent loss coming against Brazilian MMA legend Jose Aldo by UD (UFC Fight Night: Thompson vs. Neal). Vera defeated Bantamweight rising star Sean O'Malley by first round TKO (UFC 252). In 2021, he would avenge his loss to Davey Grant (UFC on ESPN: The Korean Zombie vs. Ige) and defeat former UFC Lightweight Champion Frankie Edgar with a devastating, face-morphing front kick KO (UFC 268). 2022 has been even better for Vera, with back to back Performance of the Night victories over Rob Font (UFC on ESPN: Font vs. Vera) and former UFC Bantamweight Champion Dominick Cruz (UFC on ESPN: Vera vs. Cruz). Font v. Vera was a barn-burner where Vera was out-struck 271-159 but absorbed Font's strike's with ease and did significantly more damage. Vera v. Cruz was an epic game of cat-and-mouse where Cruz used he evasive tactics and wrestling to win the early rounds, only for Chito to deal in and KO Cruz with a perfectly timed head kick as Cruz ducked to his right.