"The Angel of Death" 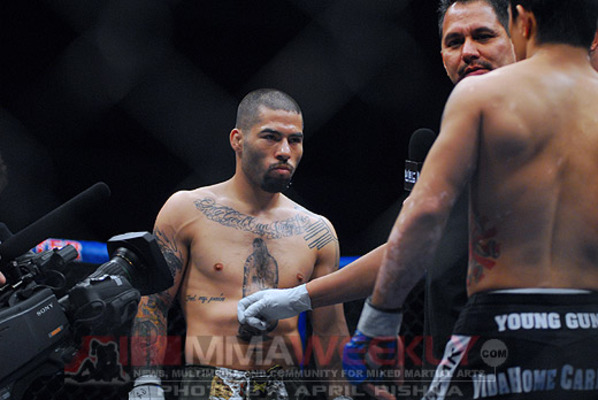 Damacio Page is ineligible for regional rankings due to inactivity.
Fighters must have at least one completed MMA bout in the past two years to be ranked.

Fighting out of Greg Jackson's Mixed Martial Arts Academy in Albuquerque, New Mexico, Damacio Page has risen from relatively unknown knockout artist to one of the top contenders in the WEC's bantamweight division. An aggressive and powerful finisher, Page holds career victories over the likes of Scott Jorgensen, Marcos Galvao, and Will Campuzano. Although he has never been knocked out, Page has shown a tendency to get caught in submission holds by savvy veterans such as Brian Bowles and Genki Sudo, but his youth and finishing ability have made him one of the most promising 135-pound contenders in the world.

TapouT profiles Damacio Page in this highlight from its bus tour video series of up and coming fighters.