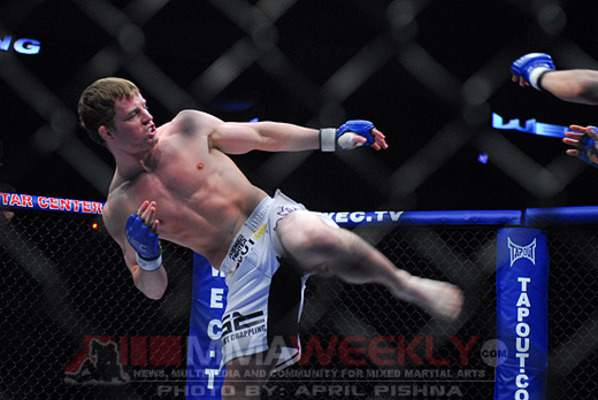 Chase Beebe is ineligible for regional rankings due to inactivity.
Fighters must have at least one completed MMA bout in the past two years to be ranked.

A four-time Illinois State Champion in amateur wrestling, Chase Beebe became the most recognizable face for the bantamweight division when he took the WEC title in his promotional debut in 2007 by defeating Eddie Wineland. After defending the title against BJJ expert Rani Yahya, Beebe lost the belt to Miguel Torres in 2008. After a subsequent loss to Will Ribeiro, Beebe was cut from the promotion.

While he was once considered the best 135-pound fighter in the world, Beebe has since struggled on the international circuit, losing in the first round of the 2009 Dream Featherweight Grand Prix to Joe Warren, who was making his MMA debut.