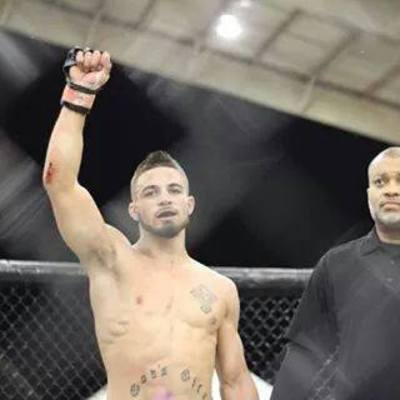 Fighting for a major organization has made Mike Perry ineligible for regional rankings.

Mike Perry is currently fighting in the UFC welterweight division. He is currently training out of Jackson-Wink MMA Academy. He holds a purple belt in Brazilian Jiu Jitsu.
Perry's full name is Michael Joseph Perry. He was born in Flint, Michigan. He has two sisters, and one brother. Growing up, he had to learn to defend himself at a young age. He started training at 11 years old.
Perry compiled an amateur MMA record of 8-3, after which he made his professional debut in September 2014. In two years of professional fighting, he had finished all nine of his opponents via KO/TKO. This lead him to be signed by the UFC, and him making his octagon debut on August 20th, 2016.  Perry made an immediate impact with the organization winning four of his first five contests all by way of KO/TKO. He racked up two performance of the night awards in back to back efforts netting him an extra $100,000. One of those emphatic wins saw Perry uncork a soul separating elbow that instantly launched Jake Ellenberger into Astro-Traveler mode and Mike Perry permanently into the spotlight as one of the most exciting fighters on the UFC roster. His raw unapologetic swagger only intensified this popularity. For those that did not know who Mike Perry was before you certainly did now as the KO was being touted as a possible KO of the year candidate. Throughout Perry's UFC career two things have been a staple, one is that even though Perrys tenure with the UFC is dotted with almost as many losses as wins he has nearly a perfect record for absolute entertainment value. Complete with the worst nose fracture the organization has ever seen, the second thing is his controversial behavior. Multiple encounters with the law mostly stemming from fights out of the cage, racist remarks in interviews and on twitter, allegations of domestic abuse, going without a cornerman for the Mickey Gall fight then auctioning off to the highest bidder a spot in his corner for the next one, and missing weight while sending social media pics of himself gorging on pizza and cheeseburgers for the Tim Means fight are a few examples of why Platinum Mike Perry seems to have polarized a lot of fans to either despise him and want him out of the UFC and those that just want to see him continuing to put on exciting fights.