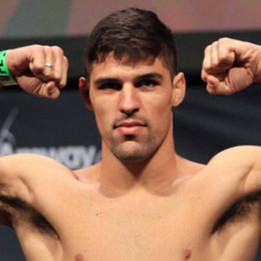 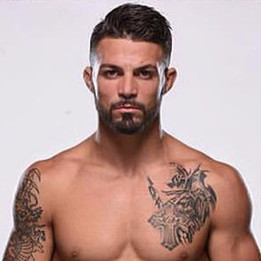 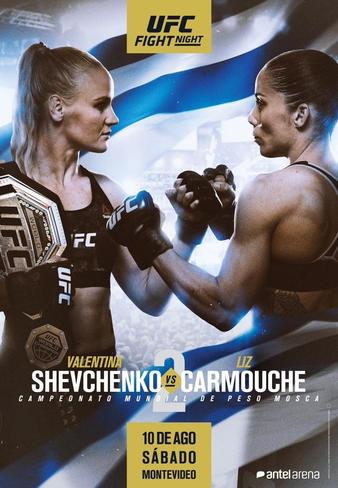 UFC on ESPN+ 14: Shevchenko vs. Carmouche 2
"The official Tapology discussion thread for the event!" (2 years)

That's the 1st thing I thought myself Freemoney. That **** will never be the same. God I cringe thinking about the 3rd time I broke my nose, and what it was like to have it fixed. **** Maaaan. Rather get hit by a truck again

Disappointing fight from both Shevchenko, who could’ve been more aggressive if she wanted, and Carmouche, who didn’t want to take any risk. Valentina is incredibly talented and we don’t expect her to land a KO of the year on all her competition but at least we want her to perform at the level of her abilities. I can’t wait Andrea Lee or Araujo to push her to her best level !

Luque vs Perry was a good tough fight. Close one, no robbery here. I had it for Perry but the damage he took, even before the nose, has to count for something ! I hope Luque gets a big step up, maybe Magny or even RDA, but I hope Perry gets another chance at the top 15, because he’s clearly getting better every fight.

What a great performance by Volkan ! He mixed the patient and technical kickboxing that ( should’ve ) won him the Reyes fight, with some of the aggressive power shots he showed in his early fights. No time is better when he takes his time ! The loss to Cormier is nothing to be ashamed about, and he was winning the Smith fight before he gassed. We all agree he won the Reyes fight. I think he can be a good challenger against Jones now he has fixed his cardio issues. I’m not saying he will win, but he could make it a good fight. Blachowicz next would be a perfect fight to decide who’s fighting for the belt !
Latifi the handsome horseman can rebound against Rua, or he can be Rockhold ´s last chance at Light Heavy.

I knew Burns could win this ! I bet on him after rewatching the Cowboy Oliveira fight at welterweight. I don’t know how far he can go at this weight class, but maybe somewhere near the top 15. He will always have a chance on the ground. Kunchenko never impressed me with win over Old Okami and Thiago Alvès...

Strange but good finish by Ciryl Gané! Nobody saw the sub coming ! Some people say we didn’t learn anything about him but how about the french kickboxer can SUB someone !? I will watch his next fight for sure, why not against Greg Hardy ? Both great natural athlètes with a pro sport background and very little MMA experience, seems fair to me.
Nice ass, Pessoa.