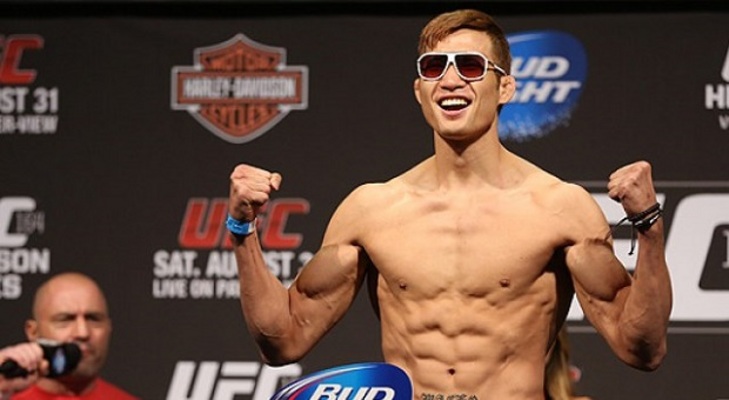 Hyun Gyu Lim is ineligible for regional rankings due to inactivity.
Fighters must have at least one completed MMA bout in the past two years to be ranked.

Hyun Gyu Lim began his MMA career back in 2006. He holds a notable win over former UFC fighter Lucio Linhares. Lim was the Pacific Xtreme Combat welterweight champion a win that helped him get noticed by the UFC. He would make his UFC debut against Marcelo Guimaraes who he would finish in the second round by KO. He would repeat that performance about 6 months later defeating the German fighter Pascal Krauss by KO (knee and punches) at UFC 164, which performance earned both the participants the Fight of the Night bonus. He is next expected to face the former StrikeForce Welterweight Champion Tarec Saffiedine in the main event of UFC Fight Night 34.