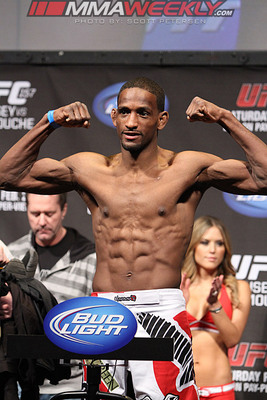 Fighting for a major organization has made Neil Magny ineligible for regional rankings.

Neil Magny began his MMA career in 2010 and quickly compiled a record of 7-1 before trying out for The Ultimate Fighter Team Carwin vs. Team Nelson. Magny would make it into the house beating Frank Camacho by decision and was the 4th pick for Team Carwin. Magny would make the semi finals after Unanimous decision victories over Cameron Diffley and Bristol Marunde. He would however come up short against Mike Ricci losing by TKO in the first round.

Magny would still get a chance to fight for the UFC. He would win a unanimous decision victory over castmate John Manley in his UFC debut at UFC 157. He would then lose two straight to Sergio Moraes and Seth Baczynski. Magny is next scheduled to face Gasan Umalatov at UFC 169.

Mangy would become the most active fighter inside the cage one year within in UFC in 2014. He fought a record breaking five times, all of which were wins.

Episode 12 Mike Ricci def. Magny by KO (Elbow) in Round 1