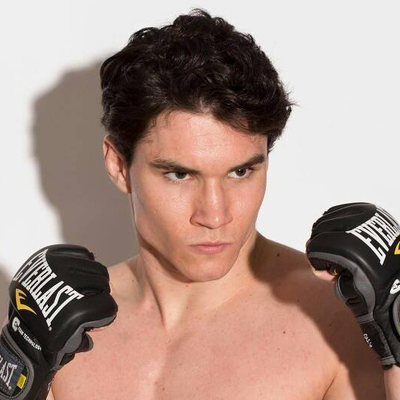 Fighting for a major organization has made Mike Malott ineligible for regional rankings.

Since getting involved in combat sports Malott has fought an amateur and/or professional bout in MMA, BJJ, Kickboxing, Muay Thai and Karate. Making him a very well-rounded fighter.

He made his pro debut in April of 2011 with a first round submission win over James Saunders. Six weeks later he would fight again this time forfeiting his purse to fly his opponent Michael Imperato (3-0) from Toronto to Trenton, Nova Scotia for the fight. Mallot, fighting for free, pulled off the upset by submitting Imperato in the first round with an armbar. In an interview after the fight Malott said "I fought for free for this fight. I don't do this for the money, I do this 'cause I love it. This is such an incredible feeling, I would pay and I have paid as an amateur."

Malott went 4-0 in his first 4 fights at regional promotions throughout Eastern Canada. All four of the fights were won via first round stoppages. On 11 October, 2014, Malott fought his first bout with a major promotion - WSOF. He faced fellow Canadian Hakeem Dawodu, at WSOF 14: Shields vs. Ford. Malott suffered his first last via Ko, at 4:13 in Round 1.