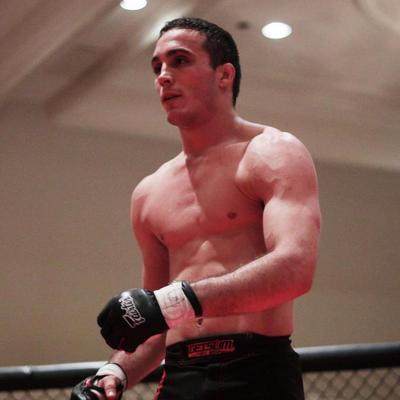 Fighting for a major organization has made Anthony Rocco Martin ineligible for regional rankings.

Tony Martin American professional mixed martial arts (MMA) fighter who competes in the Ultimate Fighting Championship.
Tony went undefeated in his first 8 fights as a pro earning 6 submission wins, 4 in the first round, He was then picked up by the UFC. Martin has a Purple Belt in BJJ and was a Blue Belt No Gi World Champ.

At UFC 169 Martin would lose in his UFC debut to Rashid Magomedov by unanimous decision. That was followed by a second loss at  UFC Fight Night: Henderson vs. dos Anjos Martin to Beneil Dariush by submission. At UFC 179 Martin  would bounce back and get his first UFC win when he submitted Fabrício Camões via kimura lock. He will look to make it two in a row when he faces Leonardo Santos at UFC Fight Night 62.