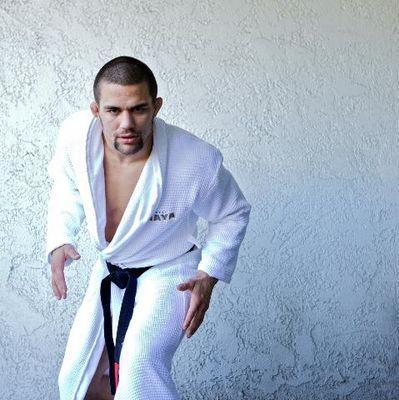 Garry Tonon is a Brazilian jiu-jitsu black belt under Tom deBlass and Ricardo Almeida, having earned important medals for his team (Renzo Gracie Academy – NJ/Ocean County), including titles at the IBJJF World and Pan American Championships. Known as a No-Gi specialist, Tonon earned his reputation through various accomplishments in prestigious grappling events, particularly in the submission-only format such as Metamoris, Polaris and Eddie Bravo Invitational (EBI). Garry Tonon also worked extensively with coach John Danaher at RGA – NYC, having shifted his focus to mixed martial arts (MMA) in 2018.

Garry Tonon was born on the 12th of September, 1991 in New Jersey – USA, where he initiated his grappling career during 5th grade. Wrestling being the sport he followed and competed in for 5 years, from 5th to 9th grade.

At the age of 14, one of Garry’s close friends took him to a local jiu-jitsu tournament. He became increasingly interested in the sport and decided to start attending jiu-jitsu classes at his friend’s gym. The academy was geared up for mixed martial arts (MMA), having just three grappling classes per week. Although Tonon enjoyed the training, he wanted to focus on the sporting facet of BJJ and ended up leaving after 6 months.

A few weeks later leaving the MMA gym, Garry found a leaflet for the Ocean County Jiu-Jitsu academy. OCBJJ was located near his New Jersey home, making perfect sense to pick up where he had left off. The school had just opened its doors, but Tonon fell instantly in love with the methodology of coach Tom deBlass, becoming a very devoted student while taking 2 classes per day on a regular basis.

After one year working his grappling solely at Ocean County, Tom deBlass started bringing Tonon with him to Ricardo Almeida‘s training sessions (deBlass’ coach) once per week. This symbiosis between Ocean County and Almeida’s academies paid dividends with Tonon earning his first international title at the 2008 World Championships, in the Blue Belt Juvenile Division.

While juggling between his Exercise Science course at Rutgers University and maintaining a high-level jiu-jitsu career in his late teens, Tonon earned important titles, particularly in No-Gi competitions.

Tonon maintained a solid gi focused training for the first 5 years of his grappling career, though his competitive success drove him towards no-gi. After seeing the success of Eddie Cummings in competition he sought John Danaher (Cummings’ coach) to specialize in this facet of grappling, in New York – where he gained an interest in heel hooks and lower limb attacks, this way starting the “Danaher Death Squad”. A name that started circulating thanks to Tonon and Cummings’ success in the sub only circuit.