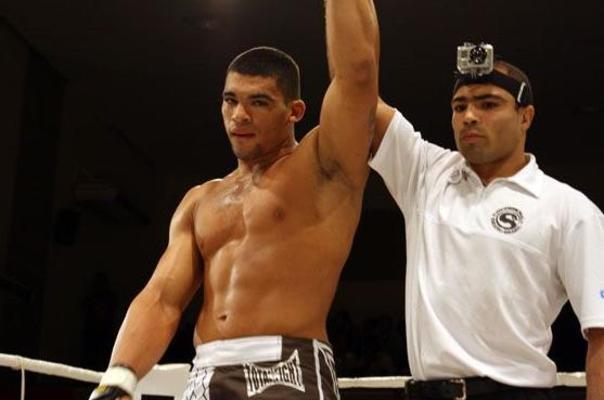 Fighting for a major organization has made Ronny Markes ineligible for regional rankings.

Ronny Markes is a Brazilian Mixed Martial Artist fighting out of Nova Uniao in Rio de Janeiro, Brazil. Of his fourteen wins, nine have been finishes including five T/KOs. He has only been submitted once in his six year career.

Despite being from Brazil, Markes made his pro MMA debut in Spain in 2007, defeating Enrique Vacarro by TKO in the second round. Markes was becoming quite the prospect at 205lbs, going 7-0 with wins over the likes of Michael Knapp and Charles Andrade before suffering his first loss, where he was submitted late in the first round by Paulo Rodrigeus. He went back to normal, finishing his next 3 opponents. In his next fight, he headlined a card against BJJ legend and MMA veteran Paulo Filho, winning a unanimous decision. This win got the UFC's attention.

Markes's UFC debut against Karlos Vemola was his last at 205. Although he was a late replacement for an injured Stephan Bonnar, he won pretty handily by decision. After dropping to 185, he faced tough wrestling stand out Aaron Simpson. Markes was dropped early in that fight, but managed to muster up a comeback and take a split decision. He won his next fight against rising star Andrew Craig by decision. Markes is now 3-0 in the UFC, and looks to take on stiffer challenges.

He faced Olympic Silver Medalist Yoel Romero at UFC Fight for the Troops 3 but was stopped by TKO in the third round. This marked his first loss at middleweight and snapped a seven fight win streak.