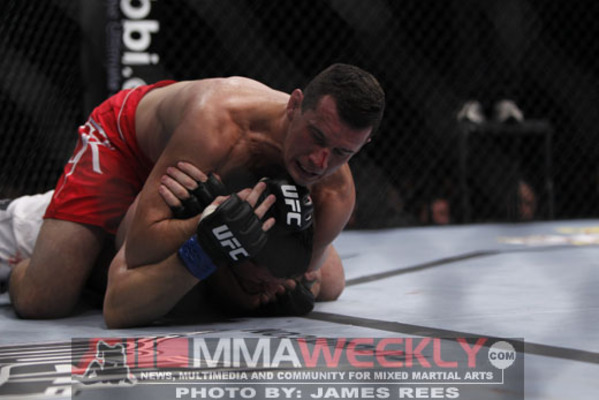 Anthony Perosh is ineligible for regional rankings due to inactivity.
Fighters must have at least one completed MMA bout in the past two years to be ranked.

Born to a pair of Croatian immigrants, Anthony Perosh is known as a high level grappler in the UFC's light-heavyweight division, and as one of the best fighters to come out of Australia. Perosh's interest in martial arts started when he was in college, as he was also doing security work to pay for tuition. Perosh moved to Texas in 1997 to train BJJ with Carlos Machado. Six years later, Perosh would earn his black belt, and then began training to compete in MMA.

Perosh would compile a 5-1 record before receiving the opportunity to fight in the UFC. Perosh be cut after two fights, losing by TKO to Jeff Monson, then losing a back and forth decision against Christian Wellisch. He would be brought back seven fights later, winning five of them, notably losing a decision to James Te Huna. After losing in his UFC return to Mirko Cro Cop, he would make the drop to light-heavyweight, where he would defeat Tom Blackledge, Cyrille Diabate, and Nick Penner. Unfortunately for Perosh, he would be on the receiving end of one of the fastest knockouts the UFC has ever seen, when he was knocked out by Ryan Jimmo in seven seconds at UFC 149 in Calgary, Canada. He would make up for the quick loss to Jimmo in his next fight, when he would take on fellow jiu jitsu ace Vinny Magalhaes at UFC 163 in Rio de Janeiro. Despite being a sizable underdog, Perosh surprised many when he stunned Magalhaes with a right hand, and finishing with follow up ground and pound, eventually knocking Magalhaes unconscious. The fight was over in 14 seconds, and Perosh was awarded the 'Knockout of the Night' award as well. He would be a big underdog in his next fight as well, when he took on TUF winner Ryan Bader. This time, he would be outclassed by the former Arizona State wrestler, as he dropped a unanimous decision.

Perosh's grappling respected by many in the MMA world, as he has qualified for the ADCC Submission Wrestling World Championship five times, and has competed in other various grappling tournaments around the world. Perosh also co-owns Sinosic Perosh Martial Arts with UFC veteran Elvis Sinosic.