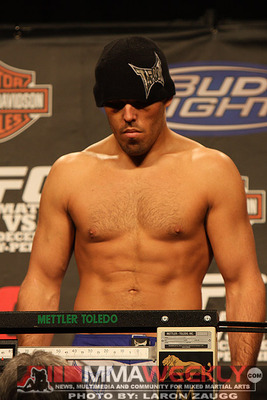 #69
Greatest MMA Grappler of All Time

Dean Lister is ineligible for regional rankings due to inactivity.
Fighters must have at least one completed MMA bout in the past two years to be ranked.

After becoming a high school wrestling champion and a U.S. National Sambo Champion, Dean Lister made the transition to Brazilian Jiu-Jitsu, training under Fabio Santos, and began competing shortly after he started training. In addition to titles in the U.S. Machado National Brazilian Jiu-Jitsu Championships, Lister is also a 2003 ADCC Absolute Division Champion.

Lister made his professional MMA debut in 2000, and throughout his career has fought some of the biggest names in the middleweight division, displaying notable victories over Alessio Sakara and Jeremy Horn alongside losses to Ricardo Arona, Nathan Marquardt, and Yushin Okami. Although he has not strung together enough victories to contend for a major MMA world title, Lister has never been finished to date in his professional career. A world class grappler and respected Jiu-Jitsu coach and trainer, the majority of his wins have come by way of submission.