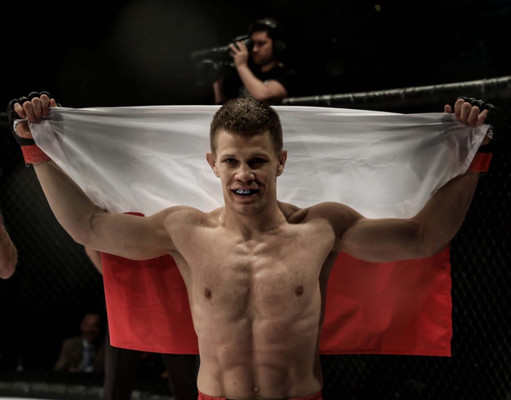 Fighting for a major organization has made Marcin Held ineligible for regional rankings.

Marcin Held is a black belt in Brazilian Jiu Jitsu. He currently fights at Lightweight but has expressed interest in fighting at Featherweight in the future. Held is considered to be one of the best grapplers and fighters in Poland.

Held currently fights for Bellator where he has amassed a 7-2 record.

In his pro career he submitted 11 opponents.

On March 21, 2014 Held entering the Bellator lightweight tournament. In his first fight he defeats in first round Rodrigo Cavalheiro with a toe hold.

On  April 18, 2014 Marcin Held  wins over Derek Anderson via triangle choke in round 2. He advances to the final of the Season 10 Lightweight Tournament.