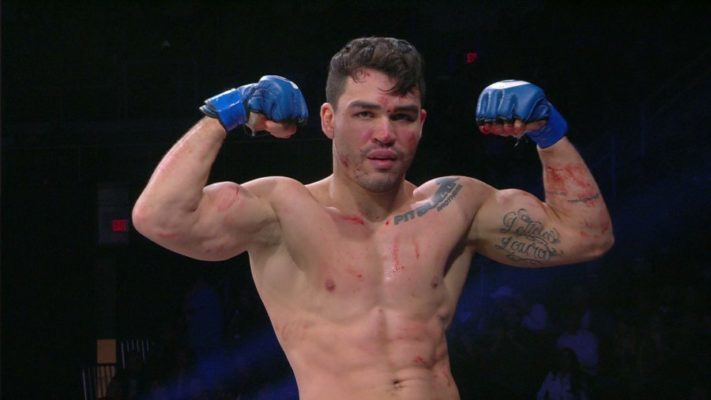 Fighting for a major organization has made Patricky Pitbull ineligible for regional rankings.

Half of the well known "Pitbull Brothers", Patricky has made a name for himself in the Bellator Fighting Championships organization. He trains with Team Nogueira along with many well known fighters. His style is ultra-aggressive which often overwhelms his opponents. Freire uses a combination of strong striking fueled by a lot of movement as well as excellent ground work utilizing his Brazilian Jiu Jitsu black belt.

Patricky started his MMA career in 2005 fighting infrequently on the Brazilian circuit for 5 years. During that time, he compiled a 7-1 record with his only loss coming to future UFC and Dream competitor Willamy Freire. He entered Bellator's season 4 lightweight tournament in 2011. He dispatched his first two opponents by knockout including a devastating flying knee knockout of two time tournament finalist Toby Imada which has become one of Bellator's most famous knockouts. He eventually fell victim to undefeated, future champion Michael Chandler. Chandlers impressive wrestling skills allowed him to control the entire fight and beat Patricky by decision. He next entered the season 6 tournament but was eliminated in the first round by Lloyd Woodard with an impressive kimura.

He is set to take on Eddie Alvarez at Bellator 76.