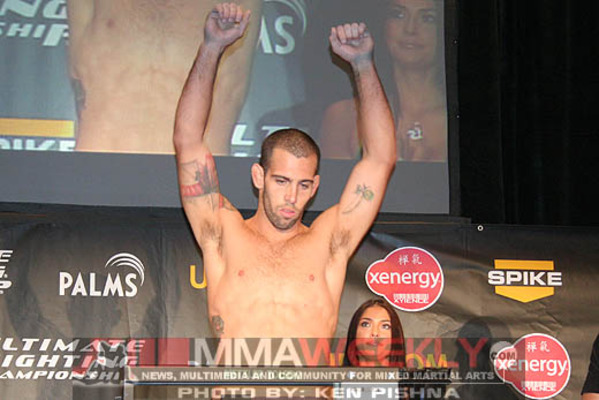 Júnior Assunção is ineligible for regional rankings due to inactivity.
Fighters must have at least one completed MMA bout in the past two years to be ranked.

Junior Assuncao is a Brazilian MMA fighter. He has an extensive background Capoeira, though he's disciplined in all major areas of the game. He made his MMA debut in 2004 in a losing effort, but rattled off 4 wins and got the call to the UFC.

He lost his debut to Kurt Pellegrino by RNC in the 1st round. After beating David Lee, he was caught yet again by another supreme grappler in Nate Diaz. He was cut shortly after that. After leaving the UFC he went 7-1, even capturing the XFC Lightweight Championship. He got the call once again to go back to the UFC, this time he won his first fight, beating Eddie Yagin by decision, but fell short to Ross Pearson in his second outing. He was released after the Pearson fight.

-Dustin Hazelett(early in his career)