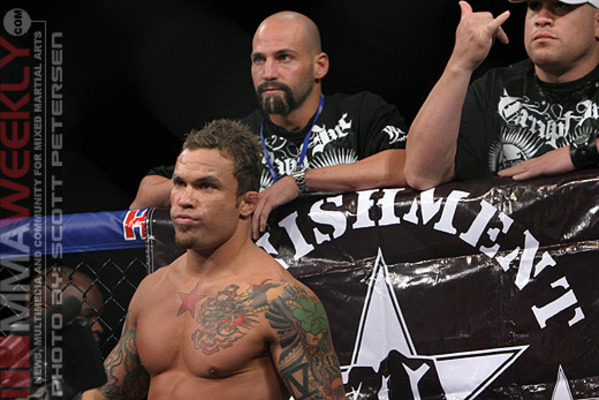 Rob McCullough is ineligible for regional rankings due to inactivity.
Fighters must have at least one completed MMA bout in the past two years to be ranked.

A former Muay Thai Champion, Rob McCullough made his MMA debut in 2001 at WEC 2: Clash of the Titans. After returning to the WEC in 2006, McCullough won four fights in a row en route to winning the vacant WEC Lightweight Championship by defeating Kit Kope. McCullough defended his title once against Richard Crunkilton before losing it to Jamie Varner in 2008. After a series of poor performances, he was released by the WEC in 2009.

McCullough did not attract a large-scale fan following during his time in the WEC, but is noted for his toughness and striking ability. He is married to pornographic actress Lexxi Tyler.