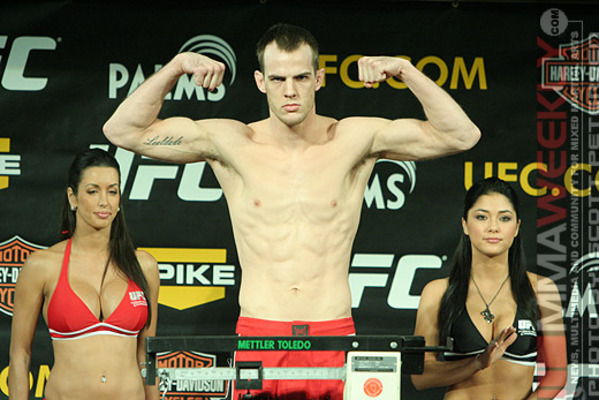 Cole Miller is ineligible for regional rankings due to inactivity.
Fighters must have at least one completed MMA bout in the past two years to be ranked.

One of the younger fighters in the UFC’s lightweight division, Cole Miller, who trains with the respected American Top Team, made his professional debut in 2005. He won the majority of his fights in smaller organizations before joining the UFC in 2007 through his participation in Season 5 of The Ultimate Fighter. Although Miller did not advance to the finals of the show, he put together back-to-back wins in the UFC—one of them over Leonard Garcia—before Jeremy Stephens finished him in 2008. Miller also holds wins over Jorge Gurgel and Dan Lauzon, both of whom he finished by submission.

A talented and aggressive fighter, Miller sometimes leaves himself open for powerful counter-punchers—he was dropped briefly during the Lauzon fight—but his lanky build and excellent grappling skills often allow him to seize onto submissions early in his fights. Miller has won multiple Submission of the Night awards during his UFC career. Young, brash and talented, Miller figures to remain a factor in the UFC’s 155lb division for years to come.

Cole’s younger brother, Micah, is also a professional fighter who once competed for the WEC’s 145-pound weight class.

Episode 1 Miller def. Allen Berube by Triangle Choke at 2:33 of Round 1