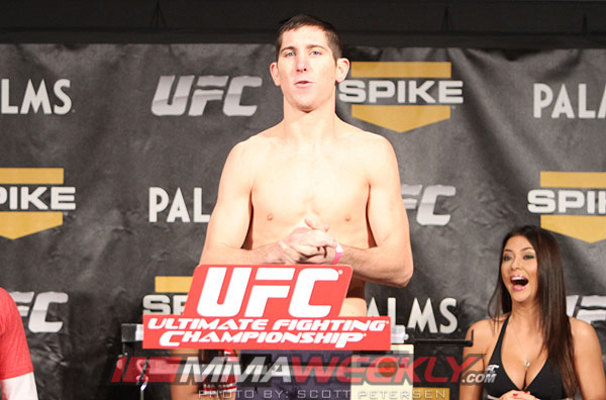 Steven Siler is an American featherweight fighter currently signed to the UFC. He trains out of The Pit Elevated in Orem, Utah. He appeared on season fourteen of The Ultimate Fighter. He holds notable wins over both Cole Miller and Micah Miller and Mike Brown. Of his twenty three wins, sixteen have been finishes including thirteen submissions.

Siler has been around the MMA game since 2005 honing his skills. Before entering the UFC, he had only fought in Utah and Idaho. He had a rocky start to his career winning and losing his way to a mediocre 5-7 record. He would then go on a nine fight win streak, finishing all of his opponents including a notable win over future Bellator fighter Travis Marx. Siler had another bump in the road when he faced off against Chad Mendes losing by TKO in the first round.

Siler would then fight for the Throwdown Showdown title, winning a Unanimous Decision victory to claim the belt which he would defend twice. Siler would then try out for The Ultimate Fighter Season Fourteen and ended up submitting Micah Miller in the 3rd round to gain entry to the house. Siler was selected to join Team Miller but would lose his preliminary match up against Diego Brandao.

Siler still managed to get himself signed to the UFC and won a unanimous decision victory over Josh Clopton in his debut at the TUF 14 finale. Next up he would fight Cole Miller who was looking to avenge his brother Micah's loss. However, Siler showed up to fight and ended up pulling off the upset, defeating Miller by Unanimous Decision. He would follow that win up with a first round submission over Joey Gambino. Following a decision loss to Darren Elkins, Siler looked to get back on track when he faced Kurt Holobaugh at UFC 159. He would come out on top, winning by unanimous decision. He was looking to make it two in a row when he faced former WEC Champion, Mike Brown, at UFC on Fox Sports 1. In what was likely the biggest win of his career, he was able to stop Brown with a knockout in the first minte of the fight.

He was next set to face fellow TUF 14 cast mate, Dennis Bermudez, at UFC Fight for the Troops 3 but would fall short in the unanimous decision. He would drop his second straight fight when he was TKO'd by Rony Jason although Siler immediately protested the stoppage.

Episode 1 Siler def. Micah Miller by Guillotine Choke at 0:53 of Round 3