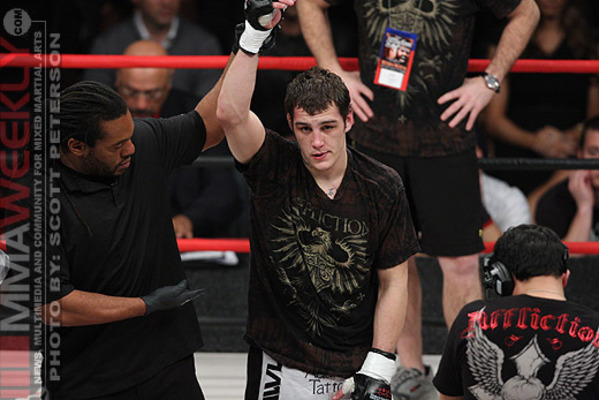 Dan Lauzon is ineligible for regional rankings due to inactivity.
Fighters must have at least one completed MMA bout in the past two years to be ranked.

Born and raised in Massachusetts, and the younger brother of UFC fighter Joe Lauzon, Dan “The Upgrade” Lauzon is the youngest fighter ever to compete in the Ultimate Fighting Championships. He accomplished that feat at the tender age of 18 years, 7 months and 14 days, in a loss to Spencer Fisher at UFC 64 in October 2006.

Lauzon is an aggressive fighter. He thrives in, and plainly enjoys, wild back-and-forth exchanges that move from standup to the mat and back again. His training ethic has been questioned on occasion, including from members of his own camp. But “The Upgrade” is arguably the more athletic of the two Lauzon brothers, and possesses an extremely slick submission game. His first five wins in professional MMA all came by way of submission. Dan Lauzon remains very young, with a promising fight career ahead of him.