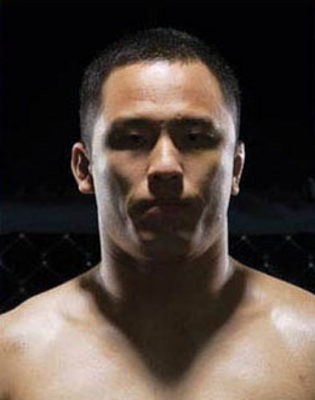 Andy Wang is ineligible for regional rankings due to inactivity.
Fighters must have at least one completed MMA bout in the past two years to be ranked.

A Brazilian Jiu-Jitsu black belt under Egan Inoue, Andy Wang was considered a dark horse to win the 2007 Ultimate Fighter 5 Lightweight Tournament. However, Wang disappointed by getting knocked out in the first round by Cole Miller in the live Finale after doing poorly in the tournament. Although he holds a black belt in BJJ, Wang rarely puts it to use in his fights, often electing to stand and trade with opponents rather than taking them to the ground.