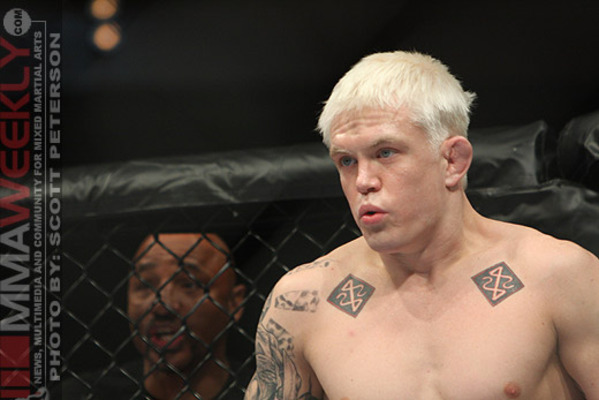 Junie Browning is ineligible for regional rankings due to inactivity.
Fighters must have at least one completed MMA bout in the past two years to be ranked.

Now fighting out of Team Tompkins, Junie Browning began his professional MMA career fighting on the local Oklahoma and Kentucky circuit, earning a record of 2-0 before being invited to compete on the eighth season of The Ultimate Fighter as a lightweight. Browning was defeated in the semifinals of the lightweight tournament by eventual tournament champion Efrain Escudero, and while he won his first official UFC bout by submission over fellow cast member Dave Kaplan, Browning was subsequently cut from the UFC following a first-round submission defeat to Cole Miller in his sophomore effort with the promotion. Browning’s main claim-to-fame was his petulant and highly antagonstic behavior with his fellow cast members on The Ultimate Fighter, which won him widespread name recognition and attention, though not necessarily fans.

Episode 1 Browning def. Jose Aguilar by TKO (Forfeit) at the end of Round 1

Episode 12 Efrain Escudero def. Browning by D'Arce Choke at 3:26 of Round 2