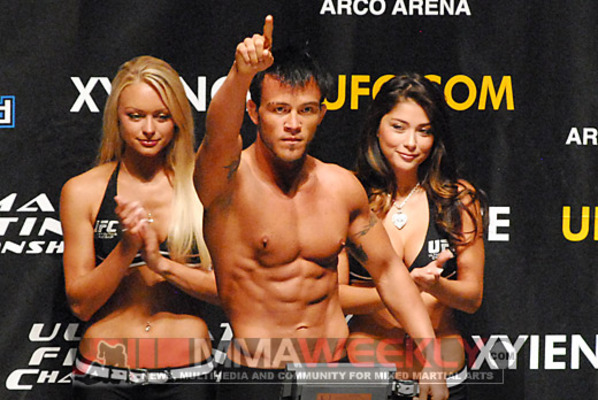 Jorge Gurgel is ineligible for regional rankings due to inactivity.
Fighters must have at least one completed MMA bout in the past two years to be ranked.

Jorge Gurgel is a Brazillian lightweight fighter and a veteran of King of the Cage, UFC and Strikeforce. He is renowned for his grappling skills and is a 3rd degree black belt in Brazillian Jiu Jitsu. He received his black belt from Marcus Aurelio in Brazil. He runs his own gym in Ohio called JG MMA and Fitness Academy where UFC veterans Rich Franklin and Dustin Hazelett also train. He immigrated to the United States after being a foreign exchange student in high school. His fighting style is sometimes criticized because he often chooses to stand and strike with opponents rather than use his ground skills. Despite this, he has never won via knockout but has won ten submissions and four decisions while only being knocked out once.

Gurgel got his first big shot by being selected to appear on the second season of The Ultimate Fighter as a welterweight. Although he blew out his ACL, he was able to fight. On the fifth episode, he faced Jason Von Flue but lost a decision in a fight in which he did not use his grappling skills to their fullest extent.

Jorge was given another chance in the UFC. His first official fight for the promotion was against future featherweight title contender, Mark Hominick. Although he lost that fight, he was able to win his next two UFC fights by decision before again going on a losing skid, dropping three of his last four fights for the promotion. He won two "fight of the night" bonuses during his time with the UFC though he was badly injured in those fights, even having his jaw broken.

Gurgel next was picked up by Strikeforce in 2009. He has gone 2-3 with the promotion. He has notable loses to Billy Evangelista and KJ Noons. He took on Adriano Martins at Strikeforce's final event but would again lose by decision. This would mark his sixth loss in his last eight fights. He is next set to take on Mike Ricci at Titan FC 27.